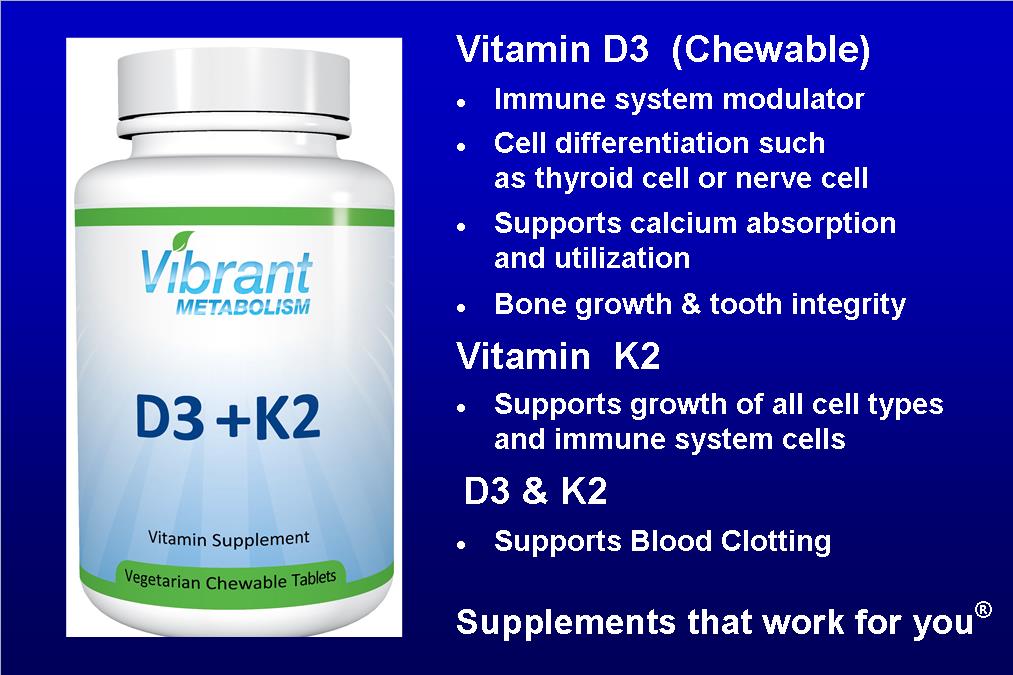 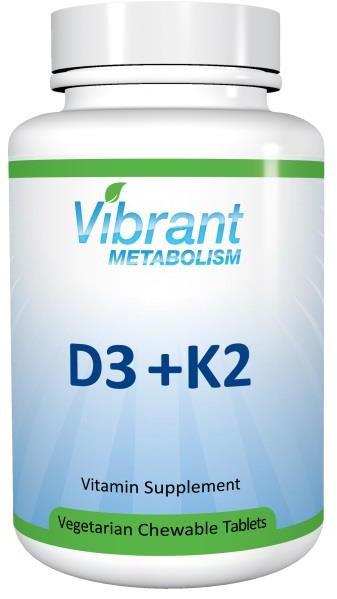 Two vitamins with many important functions

Both Vitamin D and Vitamin K are fat soluble vitamins, meaning that they can be absorbed by fatty tissues in the body.1

Structure: Certain chemical forms of some vitamins appear to be better absorbed than other forms. This is the case for these vitamins as well: the D3 (cholecalciferol) form of Vitamin D and the K2 (menaquinone) form of Vitamin K are considered to be the better-absorbing forms.2,4,7,8

Sources: Vitamin D is found in some foods including the livers of fatty fish like sardines, mackerel, tuna, and salmon. It is also found in fortified dairy, particularly milk. Best known is the Vitamin D that is available from sun exposure.2,6 Vitamin K is found in green leafy vegetables like kale, spinach, and Swiss chard as well as broccoli and asparagus among others. It is also found in some vegetable oils including soy, olive, and canola. It is also produced by bacteria in the gut.7,8,10

Functions: Once absorbed into the system, each of these vitamins has a number of supporting roles in a variety of cellular activities.

These statements have not been evaluated by the Food and Drug Administration. These products are not intended to diagnose, treat, cure or prevent any disease.

WHEN IS THE BEST TIME TO TAKE VIBRANT METABOLISM CHEWABLE MINERALS? At night  chew...
Read More

Why does our body need minerals?

Minerals are important for your body to stay healthy. Your body uses minerals for...
Read More

How do these chewable minerals taste?

Our market research shows that both adults and children like the flavor and texture...
Read More

Are there any toxic heavy metals in your ingredients?

Consumers and health care practitioners should check to make sure the mineral supplement they...
Read More
Call Us Text Us
Skip to content